1952
The first meeting of the Hurst Volunteer Fire Department was held on May 19, 1952. At that time, William Souder was elected the first Fire Chief; G. H. Fleming, Assistant Chief; Lindley Lucas, Captain; and Lyn Gregory, Lieutenant. The department was officially established as the Hurst Volunteer Fire Department on July 17, 1952. There were 16 charter members. The Fire Station was in a tin barn located in the 200 block of the present Brown Trail, now a major thoroughfare through the city. The city covered an area of about one square mile and had a population of approximately 200 at that time. 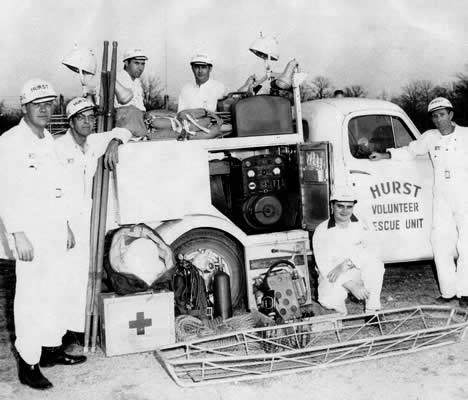 A donation of $17.00 started the bank account of the department, which through other donations of local businesses and interested citizens began to grow. Activities such as ice cream socials, raffles, chili suppers, and carnivals, held by members of the department added money to the fund. In 1952 a bank loan was obtained to buy the first engine, a 250 GPM pumper with a 750 gallon water tank.

A county allotment, along with the support of the local citizens and the continued enthusiasm of the Volunteers, raised funds to purchase a 1942 GMC 500 GPM pumper in early 1955. The first major fire encountered by the newly organized department was the explosion of a residence on Wanda Way Drive, where two small children were rescued from beneath the wreckage. The damage was estimated to be $13,000 to $15,000 with no serious injuries.

The proficient department won many events at the area pumper races, winning various pieces of equipment for the department. Other equipment was purchased piece by piece. Funds were raised by the Volunteers and the Ladies' Auxiliary through activities and events such as style shows, barn dances, Christmas tree sales, and chili suppers that were supported and enjoyed by the entire community. 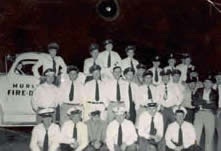 The construction of the new brick fire station on Holder Drive in 1955 could well symbolize the dedication of the Volunteer Department. The labor and much of the material was given freely by the men of the Department, and businessmen of Hurst in the interest, protection, and pride in their city. In 1956 the first squad truck, a 1947 International telephone service truck, was purchased and put into service. The first apparatus purchased by the City of Hurst was a new 1956 American LaFrance, 500 GPM pumper and a 250 GPM GMC tanker with a 750- gallon water tank in 1957.Historical Hurst Fire Department Vehicles

1959
In 1959 the City purchased a new 1,000 GPM American LaFrance series 900 pumper for the rapidly growing community. Two full-time paid drivers were added to the Department in 1961. Within the following four years four more paid men 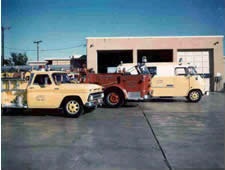 were added. All of these men had served as Volunteer firemen and are now serving as officers in the Hurst Fire Department.

The station is located at the intersection of Precinct Line Road and Redbud Drive. That same year, the City of Hurst hired their first paid Fire Chief, L. C. "Bud" Miller. Chief Miller was a retired Battalion Chief from the Dallas Fire Department. Under the leadership of Chief Miller, the Hurst Fire Department began to expand and grow. In 1971 the Fire Department had 18 paid men. 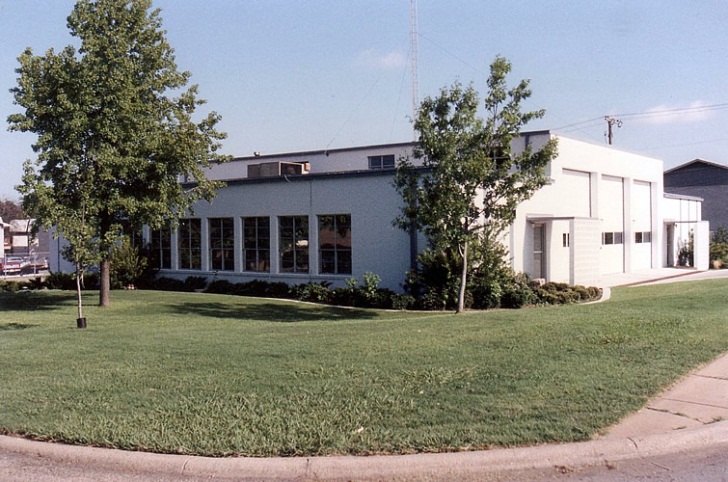 In November 1971 the Fire Department was authorized to hire 9 new members which would increase the shift manning from 6 men to 9 men. With the increased size of the Department, more room was needed to accommodate the 9 men shifts. There was a city building located at 1229 Hurstview Drive that was being used by the Water Department Dispatchers. The firefighters remodeled the building themselves and made it ready for Hurst Fire Station # 2. Hurst now had 6 men located in Station #1 and 3 men located in station #2. 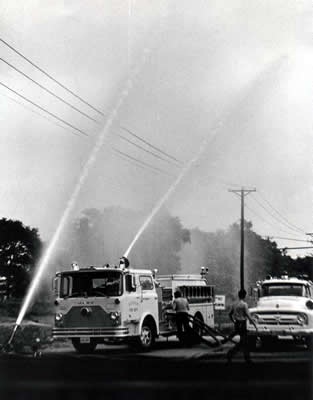 In 1977 Chief Miller resigned from the Hurst Fire Department to spend more time with his wife and grand kids. Chief Joe Irwin was appointed as the second Fire Chief of Hurst. 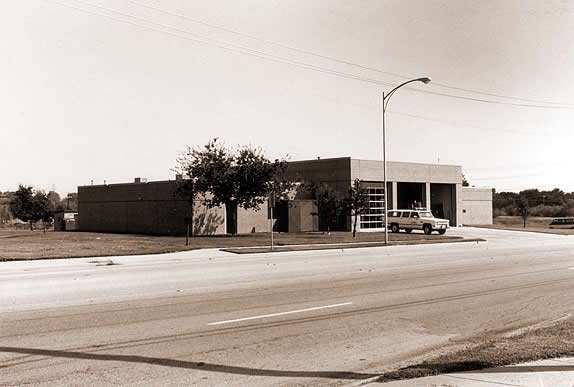 
1980
The new Main Fire Station was opened in 1980. In that same year, the City of Hurst purchased a new 100-foot Sutphen Aerial Ladder. It was the pride of Hurst, and the envy of most of Tarrant County. A new 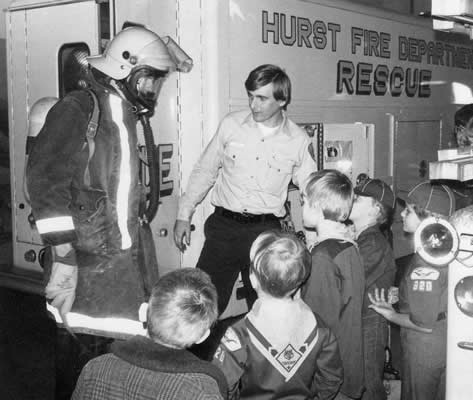 station and a new aerial ladder would require more manpower. In 1980 6 new firefighters was added to the Department. This gave Hurst 12 men per shift. Hurst was now responding to emergencies with 3 engines and a 100 foot aerial ladder.

In the late 1970s and the early 1980s medical training was becoming more and more a part of the fire service. All the firefighters in Hurst were EMT's. In 1989 the Hurst Fire Department began its Advanced Life Support first responder program. Several members of the Fire Department went to Paramedic School so that every engine was manned with at least one paramedic.

The City Council authorized the Fire Department to begin a "fire department based ambulance service." in July 1999. This included purchasing two ambulances and hiring nine personnel to staff the ambulances.


2000
October 1, 2000 the City of Hurst Fire Department began running the emergency ambulance service for the citizens of Hurst.
The Department added 3 more firefighter/paramedics in October of 2002, to help with the manning of the ambulances and the fire vehicles. Seventeen personnel on each shift with fourteen personnel minimum staffing per shift. Fifty personnel total on the three shifts. In November 2002, John Brown was appointed Fire Chief. Chief Brown retired as the Assistant Fire Chief of Albuquerque New Mexico Fire Department and was Chief of the Odessa (Texas) Fire Department before coming to Hurst. 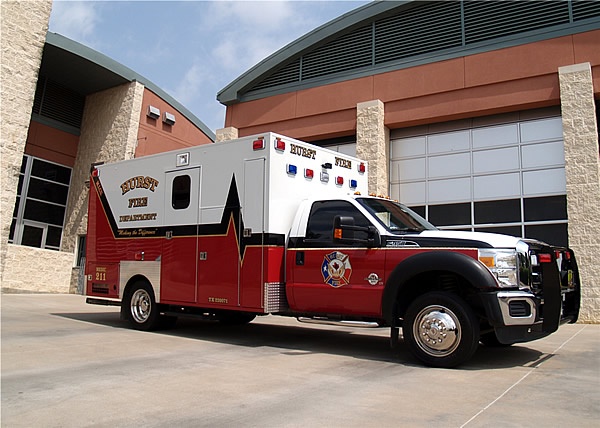 August 2006, the Fire Department refurbished the MICU ambulances. This significance of such is that they were painted with the new “red and white” paint scheme. These vehicles were the first red vehicles since approximately 1970. Old and new Hurst FD Quints.