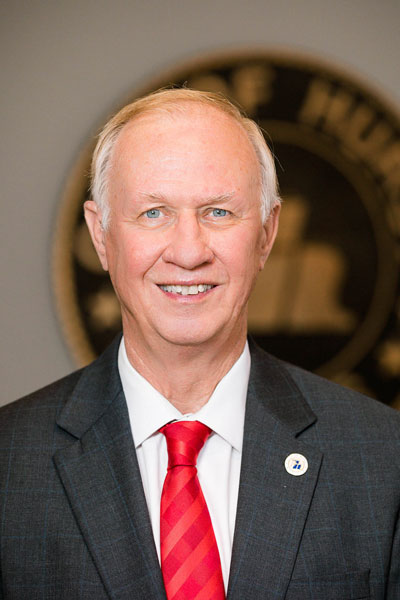 Larry Kitchens was elected to the Hurst City Council in 2001.

Larry Kitchens began his professional career as a high school history teacher and coach at Eastern Hills High School in Fort Worth. A graduate of Texas Wesleyan University with a Bachelor of Science degree in History and Physical Education, he also has a Master of Educational Administration degree from Texas Christian University. Leaving public schools, he assumed duties as Director of the Instructional Media Center and Instructor in the School of Education at Texas Wesleyan University. Later, he was appointed Dean of Educational Resources at Richland College of the Dallas County Community College District. During his last year at Richland, he also served as Acting Vice-President for Student Development. Larry retired from Texas Christian University in 2015 as Director of the Center for Instructional Services after twenty-eight years of service.

Active in both state and national professional associations, Larry has served in many leadership positions. He has served as President, Vice President and a member of the Board of Directors of the Texas Association for Educational Technology. He has served as President of the Association for Educational Communications and Technology and has served on their Board of Directors as well as on their non-profit foundation, The ect Foundation. Representing AECT, he participated as a delegate to the Bertelsmann Stiftung Symposium on Media Education in Germany, and led a delegation of educators from the U.S. to examine applications of instructional technology in Russia, Lithuania, and The Czech Republic. He was appointed by Governor Ann Richards to the State of Texas Elementary and Secondary Education Advisory Committee.

Larry is married to Carolyn, also a graduate of TWU, who is retired from the public schools as a teacher, consultant, vice principal and principal. She is also a former adjunct instructor at Texas Christian University in the College of Education. They have lived in Hurst since 1969.